The company Habegger Transporte AG, an existing customer of MOOG with its company headquarters in Switzerland, has taken some impressive photos of its platform unit a MBI 70 trailer version, which shows the machine attached to a gondola lift.

This was the only way to reach the site in the canton Graubünden, the concrete dam of the Albigna reservoir at a height of 2,162m. Clean green electricity has been produced here since 1959 and sent to Zurich. The 115 m high and 759 m long concrete dam not only serves to generate power production and protect against flooding for the Bergell valley, but it was precisely here that the construction of the first high-alpine solar plant began at the end of June 2020. In the future, around six kilometers of cable will connect 1,200 photovoltaic modules that are to feed solar electricity into the power grid from September.

After the installation of the cable ducts, the construction of the substructure for the solar panels was started. The MOOG under-bridge unit enables easy and safe access to the concrete dam, so that the profiles for the substructure can be attached there. In the last step, the solar modules are then installed.

The under-bridge unit is in operation for approx. 4 weeks at this fantastic backdrop.

Can be used for many different areas of application – that is MOOG (bridge) access technology!

MOOG wishes a Merry Christmas and a healthy New Year 2021   With pride we are looking back to 40 years MOOG this year. We sincerely […] 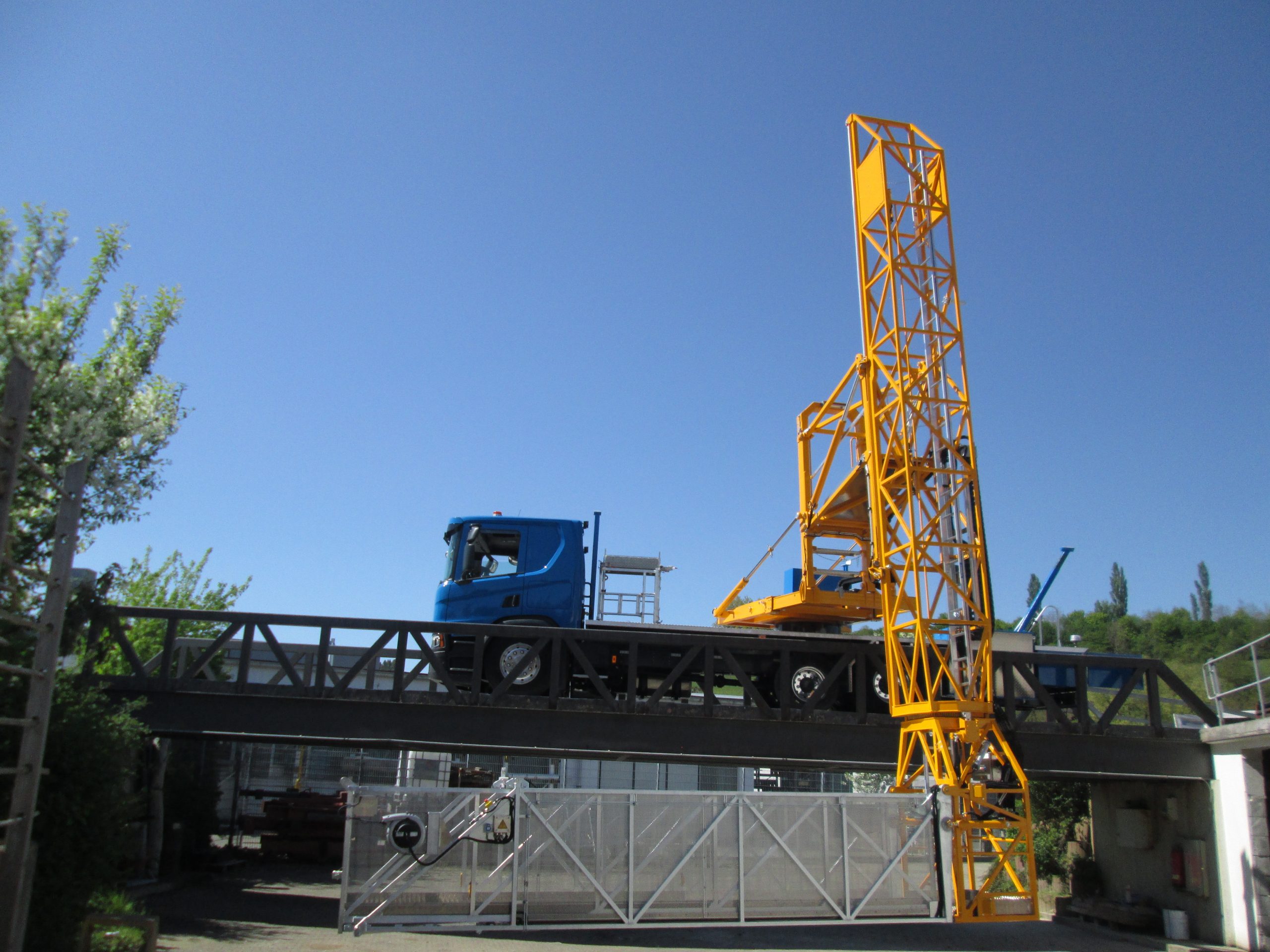 MBI 110-1,2/S for Gietl in Germany The Gietl company, an existing customer of MOOG with its headquarters in Germany, expanded its MOOG vehicle fleet to include […]

Platform type unit operating in Italy Our long-standing customer, the company WEICO from Italy (www.weico-bridge.it), has sent us this great picture of a MOOG platform type […]